Golden and white-tailed eagles were once widespread across Wales

Two of the most well-known birds of prey – the golden eagle and white-tailed eagle – once soared high above the whole of Wales, a study has concluded.

They concluded that the two types of eagle were once to be seen in the skies across the whole country and argue that the work may help build the case for the birds of prey to be reintroduced.

Golden and white-tailed eagles have been extinct as breeding birds in Wales since the mid-19th century after many years of human persecution.

The Eagle Reintroduction Wales (ERW) project is examining the feasibility of bringing either or both of the species back. As part of its work the project looked at which areas of the country the birds used to inhabit.

Sophie-lee Williams, a raptor biologist who manages the project as part of her PhD at Cardiff University, said: “One of the first challenges was to gather evidence of the past distribution of both eagle species to prove they were once historically native to Wales. In other parts of Britain there’s a wealth of data – but in Wales there is a real lack of historical records so we had to be creative. 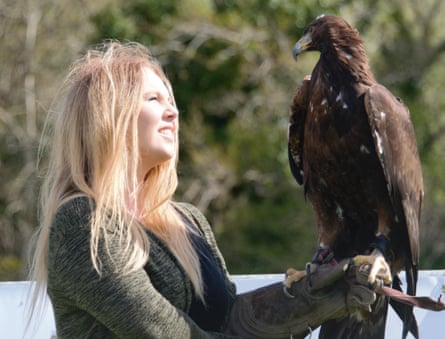 “Our research has shown, without doubt, that both species were widespread and common across Wales. We hope this opens up new optimism about restoring these magnificent species to Wales in the near future.”

The researchers gathered 151 historical records for eagles across all historical counties of Wales – 81 for golden eagles and 70 for white-tailed eagles.

Williams said: “The golden eagles’ core distribution in Wales was weighted towards north Wales, centred on the upland areas of Snowdonia. White-tailed eagles could be found more commonly in southern, lowland Wales, and coastal areas like Carmarthenshire, Ceredigion and Bridgend.

“We also looked at place-name records incorporating the Welsh word for eagle and found that these records were dispersed across much of Wales, but more abundant in north Wales, mid-Wales and as far south as Pembrokeshire.” 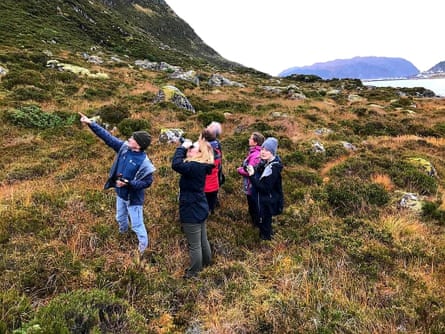 The team also collected cultural references to eagles in ninth-century Welsh language poems such as Eryr Eli (Eli’s Eagle) and Eryr Pengwern (the Eagle of Pengwern).

Fossilised remains of both the golden and white-tailed eagle were found at Cathole Cave on the Gower peninsula in south Wales.

Breeding golden eagles were lost from England and Wales by the late 19th century though they returned in small numbers to the Lake District in Cumbria in 1969. Golden eagles now breed in parts of Northern Ireland and Scotland.

The white-tailed eagle became extinct across the UK in the 19th century but has been re-introduced in Scotland.

As part of the research, evidence was collected of the conflicts between eagles and farmers, which is blamed for the birds’ loss from the Welsh hills, mountains and coastlines.

“Our results fill knowledge gaps regarding the historic ranges of both species in Britain and support the future restoration of either or both species to Wales,” said Williams.

Further analysis is being conducted to assess whether the modern Welsh landscape, which has changed in many ways since the loss of the birds, could still support golden and white-tailed eagles.

Achoo! The hay fever season lasts longer than ever. Here’s what we can do about it | Kate Ravilious

Geoengineering must be regulated if used to cut emissions, says former WTO head

‘It’s a bribe’: the coastal areas that could become the UK’s nuclear dump

Achoo! The hay fever season lasts longer than ever. Here’s what we can do about it | Kate Ravilious

Geoengineering must be regulated if used to cut emissions, says former WTO head